The True Probability of Success

Calculate Bayesian assurance with the Bayes Module in nQuery.
Gain a more complete understanding of your sample size estimate and trial design.

Use existing data in your sample size methods for Bayesian analysis such as credible intervals.

Use the graphing tools to explore and compare your Bayesian analysis. Then easily share your conclusions to all trial stakeholders.

A vital contextual tool for biostatisticians

Quantify evidence for one hypothesis to another

Discover the max tolerated dose of a new therapy

A practical decision-making process to deal with uncertainty

Easy to use reporting for all trial stakeholders 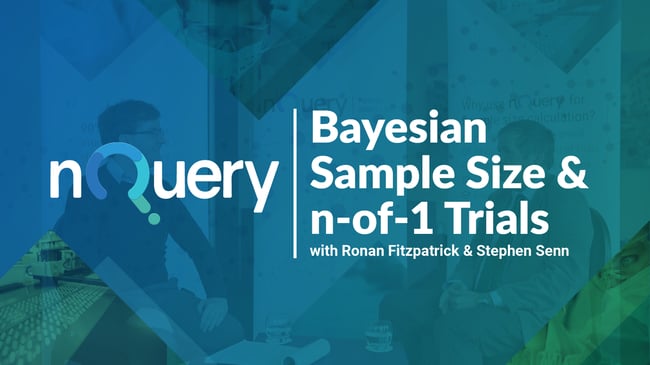 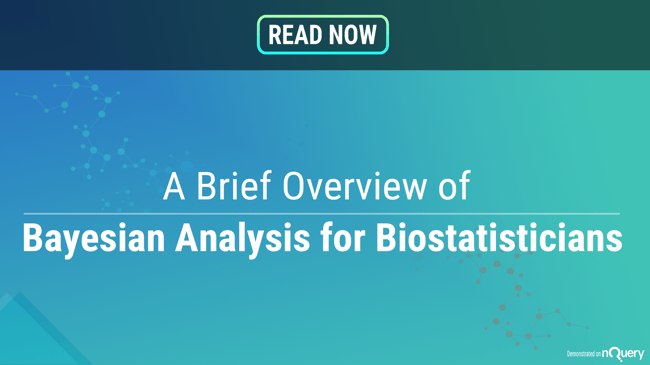 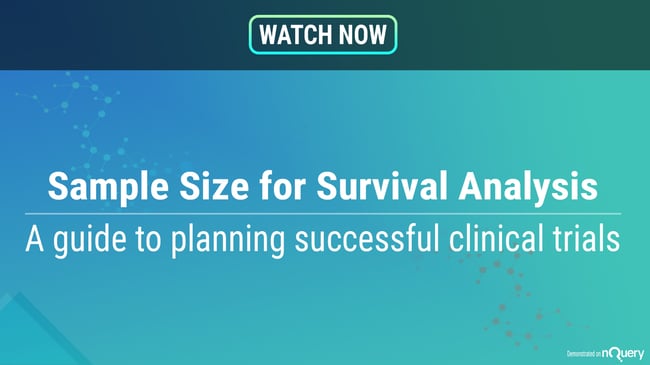 What is nQuery Bayes?

nQuery Bayes is the powerful Bayesian module of the nQuery platform for clinical trial design.

Browse the tables for the Bayesian module in nQuery here.

How do I take a trial?

You can take a free 14-day trial of nQuery here.

How do I purchase?

nQuery Bayes is included in our Plus Tier.

In addition to the Bayes module, you also have access to over 1000+ sample size scenarios.
You can purchase online here.

Have A Question?
You can get in contact with us here.

More about the Bayesian module in nQuery

The growth of Bayesian analysis in clinical trials

What is Bayesian statistics?

Bayesian statistics is a field of statistics based on the Bayesian interpretation of probability where probability expresses a degree of belief in an event that changes as new information is gathered rather than a fixed value based upon frequency or propensity. The degree of belief will be based on our prior knowledge about the event, such as the results of previous experiments, or personal beliefs about the event and the data up to that given point.

Why is Bayesian analysis becoming more popular in clinical trials?

Bayesian analysis is becoming a more and more popular form of statistical analysis for clinical trials. This is because it offers the ability to integrate domain knowledge and prior study data in order to improve the efficiency and accuracy of testing and estimations. There are also arguments that the Bayesian framework better reflects real-world treatment decision-making.

How are Bayesian statistics applied in sample size determination??

There are two broad areas where Bayesian approaches are being applied to sample size determination.
These are:

What are the benefits of Bayesian Assurance?

Recommended Viewing:
Why to include Bayesian statistics when planning your frequentist trial [Webinar]

What are the differences between a confidence interval and a credible interval?

Posterior credible Intervals are the most commonly used Bayesian method used in interval estimation. Credible Intervals are seen by many as being superior to confidence intervals as they give the probability that the interval contains the true value of the parameter. This is often seen as the more naturalistic interpretation of what a statistical interval should do.

When confronted with the problem of trying to specify a reasonable statistical interval given an observed sample, the frequentist and Bayesian approaches differ.

A confidence interval is the frequentist solution to this problem. Under this approach, you assume that there is a true, fixed value of the parameter. Given this assumption, you use the sample to get to an estimate of this parameter. An interval is then constructed in such a way that the true value for the parameter is likely to fall in this interval with a given level of confidence (say 95%).